Do you know who Zitkala-Sa is?  Zitkala-Sa also means “Red Bird” and was a Native American writer. She was born on the Yankton Indian Reservation in South Dakota on February 22, 1876. “Red Bird” was a member of the  Yankton Dakota Sioux and was raised by her mother, as her father abandoned the family. At the age of eight years old, she was given the missionary name Gertrude Simmons, after she was sent to White’s Manual Labor Institute, a Quaker missionary school in Wabash, Indiana. At age 19, against her family’s wishes, she enrolled at Earlham College in Richmond, Indiana, also a Quaker school, and graduated in 1897. 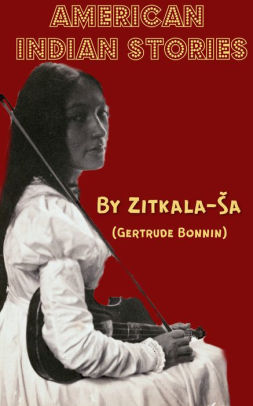 After teaching at  Carlisle Indian Industrial School in Carlisle, Pennsylvania, where she already

published some short stories, she got married to a half Euro-American and half Sioux man, called Raymond Talesfase Bonnin and they moved to a reservation in Utah. Zitkala-Sa and her husband wanted to more actively fight for the rights of Native people. She and her husband also founded the National Council of American Indians, and she also organized the Indian Welfare Committee on behalf of the National General Federation of Women’s Clubs. Throughout her life she actively opposed the “Americanization” of Native American culture, and her writing continued to have an impact on policymakers long after her death. Some of her books are: Old Indian Tales, American Indian Stories and Old Indian Legends,

The Acceptable Sacrifice or The Excellency of a Broken Heart.